All for a song 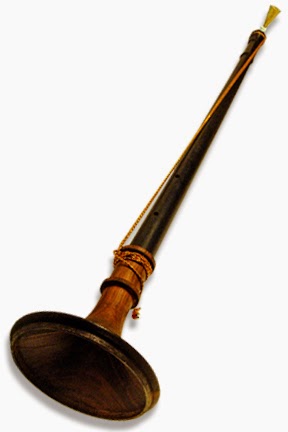 Went for a morning ride after long today. Somewhere during the ride spotted two musicians, walking from door to door playing music for the inmates of the large houses, most of which remained shut. One of them was playing an instrument which resembled the one in the pic, the other a Mridangam. I stopped beside them and they played for about ten minutes for me. Mesmerised it took me back to October of 2013 in Calcutta, when creeping up the Shewli came the song of a Baul who sang,

I normally don't carry a lot of money during my rides, but could fish out a Rs 100. They seemed surprised and thanked me repeatedly, which surprised me in turn. In a country such as ours creativity in any form always comes cheap. A 'Kannada gotilla' later, I was off..but their tunes stayed. Whoever you are, thank you for some soul space, in an increasingly barren land.

( Picture from the Internet)
Posted by Maitreyee Bhattacharjee Chowdhury at 12:47 AM