All the commandments, engraved in my soul
Lost to an eternity that is time
Strong winds of timelessness I call them,
Circumstances and life I name them
Books and poems, like a mother cat, licked the kitten of my thoughts to shape
And left me at the altar called life,
A sacrosant creatureDevoid of a presence, God & shame
Barbed wires at times, criss crossed across a strech in life
French windows at others in carriage with the winds
No traditions, nor the name of the lord looming large
A smile here, a tear there and life assumes sanctity devine...
I've streched my emotions spread across people become milestones,
Over thoughts that meander loud as a typewriter's click
My private voice stashed away for an eternity now seeks to roam out loud-
My worries doze, in the pensive froze
When the bubbles in the glass of life arose
Forgive this briefness of mine, in attention as in love
For my glass of life brimeth over in the juices of discovery called LIFE!
Maitreyee Chowdhury (24-11-2009)

Living on while moving on 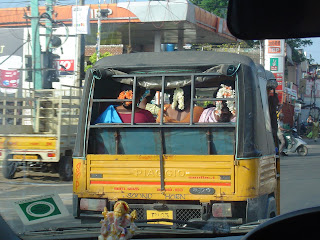 living on while moving on

Its strange how a city quietly but surely envelops you. When I descended in Kolkata from the hills of Assam, in December of 1998, I was all set to hate the city even without knowing it! For all i knew it was alien land, that took me away from the cat like languor of Assam. As smoke curled around me & dreams crushed into a swirl called RUSH hour, I learned my first lesson..MULTITASK. From the contours of the lahe lahe desh & everything mushy mush, Kolkata taught me to be confident, to speak to give back a word or two when it was necessary. China town & Biryani from ‘Zeeshan’ not withstanding I still did not find an anchor in the city. It seemed to just whirl by, no one to stop, show me the way or take a hand & brief along.. and then happened a few friends. Very eye opening incidents there; I understood why I wasn't really accepting the city or it me. I did not find its roots, did not see it from the perspective the grand dame wanted me to see it. My friends from Kolkata introduced me to the love of Rabindranath all over again to a girl who had wandered way beyond..and more. To see what Rabindranath is, one has to see the songs in the people's lives, to see it in their smiles, their absolute rapture in him & there he stands in all his glory much like the lady wrapped around Victoria Memorial. Draped in white as I met my friends at one such do, one asked me, do you know that the Lady within & atop Victoria resembles a lady in white on a misty morning or a rain drenched afternoon.... I wondered wow! poetic.. the tale of Phuchkas , of trams rambling by, of Jug Surya and his 'Calcutta remembered' on a lazy afternoon, of Park street nose in the airs.. of being seen in Flury's, of Nahom's lemon tarts & so much more.. i was introduced to a 'Calcutta' truly forgotten & one I had never seen.

Today I resent the word BONG, I think it does no justice to what the proud Bengali is all about. In a matter of time I left the city, I was beginning to know & probably like. I landed in Chennai & all over again prepared myself to hate with equal passion, equal zeal. Nothing had prepared me for the problems of simple communication staying within the same country. Talking to the maids was playing dumb sheraz, my English was limited to 'Going’, 'Coming', 'you saying' and many more such ABCD's. Gosh how was I to stay here, I wondered and then my ever catty curiousness surfaced again. I started making friends. In a swish apartment with the crème de la cream of Chennai I found to my surprise a set of people culturally bestowed, very intelligent & friendly to the boot! Oh boy I said this is fun.. An ex Spaniard Tamilian (figure that out!) lady of 60 is my inspiration.. she teaches, does yoga, walks faster than most men, dances salsa, makes sand castles & jogs keeping her Vodka in mind.. I was floored. She urged me go take a walk & a walk I did take. Being a mall hater, I avoided them like plague; I took to the little trodden routes of a place steeped in tradition & austerity called Mylapore. Full of Brahmins worshipping & curious glances at a 'ME' playing tourist with a cuppa chai in hand, I managed to make friends of toothless grins & tilaked Brahmins. I knew not what they said when they talked in Tamil I though it was polite of me to reply in 'Bangla'..English flowed faster that way & so did Hindi to my surprise :) Dotted with little temples & little flower sellers, Mylapore is a traditional delight. From Coffee being poured out to you & slurping it loudly ( not sipping mind u) its Indian ness at its lovable best! Marina beach & its myriad sights has become second home, grannies playing with youngsters, lovers coochie-cooing, joggers like me & the surf at my nimble toes, the sea & its mightiness is but awesome. Pretty & pouting in the afternoons, flirty & sexy in the evenings, dangerous & siren like wanting to drown you at nights.. one can just stare & stare at the sea. A few cultural evenings here and there, a delightful potpourri of enthusiasts & discussions galore Chennai seems to have come alive to me & I to it.

Man is a delightful social animal after all, the more he/she mixes the more they like, the more they resent the less they figure. A lesson well learnt that place or man, looked & known the good way both can be endearing.