A strange island & songs for the birds 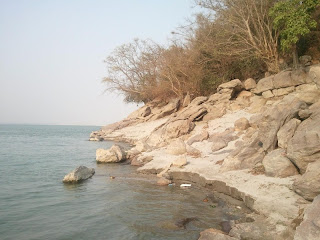 During my College days, our hostel gave each of the girls the choice of deciding the menu for one day in the entire month. For this we would often visit the Kachari Bazar, a small market run by the locals, situated on the banks of the Bramhaputra. Often this would lead to good natured haggling and lots of laughter with the shopkeepers almost every day. Most of these shopkeepers would bring fresh vegetables from the other side of the river every morning and sell them on this side, probably at a higher price. Fish here was especially very fresh. With time, I made friends here with a few of the guys who owned boats. There were many a days when my morning walk would be interspersed with little tea cups and conversations with these fellows. On most mornings the mighty river would look different, some days it was grey and on others green. One day, one of the boat guys( they were probably much smaller than me) asked me, "Baideo jabo naki Umananda?" ( Sister will you go to Umananda?).

I used to watch the little island of Umananda almost everyday from my end of the river bank and wonder what it held. Of course I knew there was a small temple, stuff that most people knew..But hearing the invitation that day, was too tempting to let go. It was still early, about 7.30 in the morning and college and classes weren't till much later. I knew I could get back in time. The island right in the middle of the Bramhaputra, seemed to hold numerous mysteries that I was yet to discover. A bargain ensued and keeping in mind the fact that those from the hostel were forever low on money, the usual fare of Rs 100 was reduced to Rs 50.

Bramhaputra that morning was as beautiful as a prince decked up for battle, the rains had swelled the waters and even as I embarked I could see loads of weeds, little pieces of driftwood, plants, small worms, all floating around. The young boatman started a song once we started off, even as I hummed along. On reaching the island, the temple seemed small and deserted. While my boatman waited for me in the boat, I was left all alone to explore. I was not too sure what I was supposed to do here or what I wanted to.

Often things have their own way of divulging themselves, while I did almost a circle of the island surface, I noticed that to one side there were a lot of rocks, with birds perched on them. I opened my shoes and walked barefoot, jumping from one rock to another. Walking along the rather dark looking rocks, I came to a point were the rocks had formed smallish caves. I pushed my head into one and it was like being transported into a small private den of own's own. Very gingerly I sat down, shoes still in my hand and rested my head on one of the cool rocks, while the breeze echoed all around me. Fear is something that never enters the mind, when you're out exploring for yourself. I closed my eyes and for the first time in a very long time I sang..loudly, without inhibition, very happy at nothing in particular.

There were many times after this particular occasion, when I disappeared to Umananda on my own, seeking the birds and singing songs for them. Never once did I feel scared..the boatmen never asked me what I did there..once I was back on the boat, he would rattle about his brothers and sisters..how he was making a fast new boat to beat his friends, the fish he caught, the money he planned to save..sometimes he sang songs, sometimes he talked to the Bramhaputra..always a sense of happiness to the small things of life. Umananda remains the place I always remember as the caves that sang along with me.

Geisha's on my neighbor's curtains 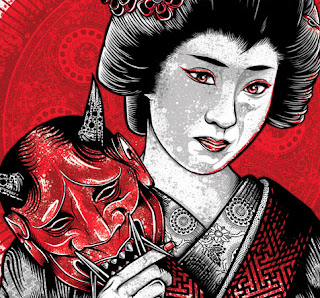 It was a beautiful night, still in its freshness from the rains. I sat in the dark for long, staring into different sounds take shape before me. From far off a lonely train whistled, the cricket just got louder, the Jasmine seemingly distant in its headiness..I listened to everything but myself...I seem to be well hidden somehow. The neighbor's house has strange Geisha designs all over the curtains, golden under dull lamps full of secrecy. I wonder if they hear their own loneliness under the clutter of children shouting, the blaring TV and a dictionary full of happiness..

Curled up on my own I look at the figurines and wonder if they would walk out of the curtains at some point..bored beyond existence of the same style, the same beauty, the same soft lights and their secrecy..would they at some point of time want to walk a street full of sunshine and feel the warmth on their backs? would they be unsettled if their painted faces were no more, their secrets out to be stared upon, the paint a faint yellow light and the gold of the lamps a mere memory?

I listened then to 'Lonely streets'..looking for some sunshine..even as a frog croaked and the rains they fell again in their little drizzle.


(Image from http://fancy-tshirts.com/daily-tee/daily-tee-oni-geisha-t-shirt-design )
Posted by Maitreyee Bhattacharjee Chowdhury at 12:15 AM 2 comments:

To a poet and Ice creams 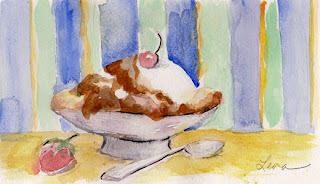 I met a poet today, who does not have Ice creams. I threatened to sue her under section $%^&*!@ of the Poetic Penal Code, but wonder of wonders that adamant creature still wouldn't have a sniff or even a poetic bite! I decided to soften my stance and offered 'Sensoform' for the obvious bad teeth..she took offence for no apparent reason and threatened to shoot me with bad poetry darts..I immediately retreated in great fear even as I tried to explain the sublime tragedy, the world of poetry would suffer for this ridiculous lapse... The idiot still shook her head, imagine my state! By this time I was desperate to get her to at least attempt a sniff, at the incorrigible amount of chocolate that seemed to be bruising down my poetic hands in sheer shame at the lack of a poetic adventure..but obviously she had vanilla skin and a head full of doughnuts..she instead wrote satire on napkins about the chocolate on my hands and its ugliness! I was livid and poured some Ice cream down a masala Chai drain..'But why', I screamed, in total incredulousness, what shall I say to the 'fraternity of hideous lines', of which we are all honorary members, to those dying to break out, smelling of Vanilla..She smirked then and I shook my head like a Tamilian, a creature of habit I was, I couldn't fathom the apparent 'No', in what could have been a mellifluous 'Yes'

In spite I wrote then, what has since then famously come to be known as 'The Dark Sonnet 814' dedicated to another fellow poet, who hadn't succumbed to Ice cream and brought upon shame to the entire Poetic fraternity- 'May Posterity forgive us', I finished in what I thought was a somber enough note. Every poet who does not have Ice cream I'm told doff s their hat at the Sonnet, breaks into a sigh and writes some bad poetry as a tribute. 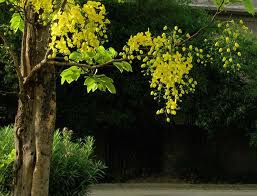 Over the past week, I have been walking..I always walk..in different directions..never in the same direction. There is of course nothing new to my walks..except that this time I have been collecting..hoarding even..thought process..In coffee shops, in side walks, people seem to want to talk at the slightest hint of a listening ear..there are voices that are afraid, confused, concerned, bored..but most of all voices that are tired.

When I am back home, I am tired too..not from my walks or from what I hear, but my restlessness and perhaps my inability to soothe. It took me back to my first poem. An overcast evening from my hostel window during my graduation days..The window grill had somehow captured me behind them and with it my worries..I loved watching the gulls..large, restless birds..forever circling the sky..pale against its grey contours. It had started to rain..somewhere in my sub-conscious mind some yellow leaves fell off a tree. I looked then and seemingly for the first time noticed two trees, Amaltas standing side by side. One in perfect bloom with bright yellow flowers and no leaves and the other all green with not a trace of yellow. The image has since struck in the the mind and been my escape, from questions and situations i have no answers to..in gathering solutions, even as I realize that there is none.

I shall walk again, talk again and come back to the Amaltas every time my mind is disturbed..for most solutions lie beneath a tree.

Posted by Maitreyee Bhattacharjee Chowdhury at 2:25 AM 9 comments: