Only the rock lives 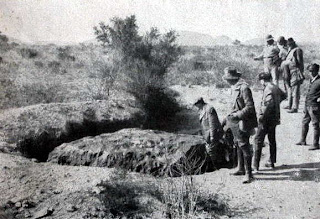 ( Image from the Internet)

So I am teaching my daughter about Asteroids and Meteorites, the book defines them as 'pieces of rock revolving around the sun. When they come near the earth they are puled by the force of gravitation and the friction produces fire, making them look like shooting stars.' My daughter says, 'wow mum some planet breaks and the rocks remain suspended so long in time?' I smile and think, perhaps it is only the rocks that are real, the emotions vanish, man vanishes, what remains hanging in space are rocks. I show her this picture then and she looks at other craters created from the impact of the Meteor, I tell her to concentrate on the rock, because that is what shall always remain. The crater would be filled, the rock might disintegrate into dust beyond a point but in that speck it would still remain hanging and suspended somewhere unlike any of us and our thoughts..the notion in itself eerie yet comforting.

When I teach her about inscription I find myself fascinated by the fact that you carve a piece of your thought into stone, a poem or a painting like a caveman might have done thousands of years ago and someone discovers it many many years later..they pass their hands on it, wonder what emotion made you write what you did and you are alive even if for a bit in that space and time..in that thought..the rock lives, it survives and so does your thought..hanging somewhere suspended in time.

It is only happiness that is inevitable 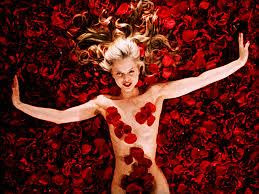 Obsession with anything bores me. The obsession to write, the obsession to be read, the obsession to be this the obsession to be that. In the Mahabharata, King Drupad has two children, a male child called Drishtadyumna and a female child called Draupadi. Drishtadyumna has been described as a complete man, to a certain extent his violence is shown as his masculinity. Draupadi on the other hand is the complete woman, described as a passionate and sensuous. Both of them are strong and yet it is Shikhandi, Drupad's first born..the imperfect one, where gentleness lies.
Abbas Kiarostami's film 'Taste of Cherry', shows a morose Iranian who flags down passersby s seeking an accomplice in his suicide and starts talking to three men with different points of view. A scene in the car shows one of them saying, 'I know that suicide is one of the deadly sins..but being unhappy is a great sin too..we all have problems in life..if we chose this way out of each tiny problem..there would be no one left on earth.'


In Peter Brook's Mahabharata, when the Lake questions Yudhishtira he says that, 'it is only happiness is inevitable for all of us'. When I'm happy I write beautifully, when I write because I have to write, I am a moron..When I'm on my bicycle, I'm the Diva..I am my happiness..off it I'm another ordinary person in the pursuit of happiness. If there is any obsession that is right, it is to be happy for yourself and for those around.
( Image from the Internet)
Posted by Maitreyee Bhattacharjee Chowdhury at 7:39 PM 2 comments: