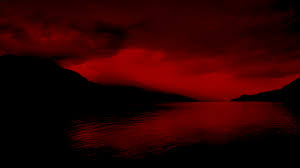 There were five of us. The School had broken for summer holidays. In the early 80’s in a remote part of North Eastern India; holidays did not mean sleepovers and malls. It meant roaming around aimlessly in the surrounding jungles, playing around on the roads and going for picnics on your cycle. On that summer afternoon too, little idle minds wondered what was to be done of the ensuing evening and greater part of the afternoon that still loomed large. Not that we were bored, thankfully that word had not yet taken over the dictionaries of children still. Someone suggested a game of hide and seek, another suggested the Red Hills. Venue and game decided, we set off for the beautiful Red Hills. The place got its name from the view from the plateau that we used as a base for our activities. One had to climb up the gentle slope situated centrally, to see hill. While climbing, we always took off our slippers, in sheer reverence for the soft grass that we walked on. Guava and Olive trees, punctuated the terrain. Guavas hung around on the trees, as if in the remote hope that some child would chance upon them and bend them down to the earthy-ness of human hands. A small ceremony was always followed for the first sighting of the Red Hills. As we slowly approached the slope, all of us in the unison of the sincerity of a child's prayer, closed our eyes tightly. The first glimpse of the Red Hills was always special. Bathed in the afternoon glow of the setting sun, today it seemed surreal.

Someone shouted that hiding places could be anywhere along the slope and hill next to it, but not beyond, never beyond. There was of course place enough to hide if one knew where one was going. Mamma had insisted I behave more like a girl and pulled a white cotton dress through my 9 year old head. It was a big problem, the dress; it lingered on and seemed to attract dragon flies, and little blue flowers that somehow lingered on. Someone started counting 20-19-18-17… As I scurried down the hill, I wondered where I would hide. A Guava fell off a tree and rolled down the slope, settling on the bend of the adjoining hill. Guavas I thought were good navigators; I followed the fruit and came upon a resting place. I had often seen the nuns from our school come here in cars, along with other people. Strangely, when they arrived, they would always be crying but while going back they seemed to be drastically cheerful, almost as if someone had ordered them to be so. I had asked Mamma about it, and she had said, that Christians believed in giving happy farewells to their dead. While much of the meaning of the Red Hill might have been lost to me, its potential as a great hiding place seemed to offer the greatest of opportunities to my muddled head. I ran to what seemed to look like quite a large stone placed on the ground. Two stones joined at one end, making the perfect ‘L’.  I clutched the long white frock and hid behind the stone that stood. Extremely excited because I was sure, no one would find me here, I sat in the quiet. What a perfect hiding place! Having sat myself down to the silence of stones, I inspected curiously the back of the stone on which I had rested. It seemed to be quite ornate, little leaves, flowers and cherubs drawn on it. I touched my hands on it, the edges were rough, probably from the rains, but the center of the stone strangely still felt smooth. The counting should have been over by now, but I had almost forgotten about the game, I crawled over to the front. To my delight, it was like grandpa’s arm chair, the one I wasn't allowed to sit on. I stretched my back on the standing stone and neatly kept my legs straight on the stone that lay on the ground. My head cushioned on the stone felt cold though, just beneath the top. I turned to look at the stone, facing it for the first time. There was a photograph of a small boy, much like my neighbor, the one who always cried. As I looked closely I saw something written there.

I looked at the photograph again, remembering the date in the school notebook, on the left hand corner, blue margin, it seemed an awfully long time for a small boy to be lying there.  I smiled at him, wondering if he was happy where he was, perhaps he liked the fact that I had chosen him to play hide and seek with. After all it was quite natural that he would be tired of lying there all those years. I stroked the photograph then. The sun was almost down ad yet in the last rays of gold, Peter seemed to smile back. I stroked the face then, in some way trying to reassure him that I would be back with more games and laughter.Someone shouted out to me, “Come out, we can’t find you, 'You've won'.

I tugged my way up the red hills, with my long white dress strewn with flowers wild, I felt I had left the little boy happier.
Posted by Maitreyee Bhattacharjee Chowdhury at 6:17 AM

Simple, beautiful writing. You stroked his face, stroked my mind and made me smile. Very sweet, child.

It leaves an impression on you because you know how to feel :) thank you for reading.

Nicely written, as always. From the title, I thought it was about the Red Hills in the Nilgiris. Your details makes it easier to visualise.

I was expecting the little girl to have fear, as most of the times in India we are taught to fear the dead. However, abroad people visit the grave yard to pay their respects.

Nice account. I liked the way you narrated the landscape. :)