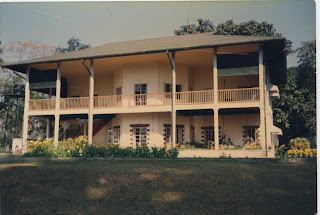 Have often asked myself about why I've never written anything about Digboi, the one little word that has had such a sustained effect on me. Perhaps because it's just too much to encapsulate, or perhaps because it's difficult to pen down thoughts that are an essence away... whatever.... some intentions however lazy, justified or just well... ought not to be met and I have been trying to do just that!

When I think of Digboi, there's one recurring scene that always flashes by.. childhood memories that refuse to burn out.. they'll stay till my grave.. LOL cause they r connected so with the graves. Twas this place up a small hill, for the lesser informed :) Dubbs para, small homes( note they are not houses) almost on the edge, just about a push away you'd say! Some times meandering sometimes zig zagging it leads to a small but serene grave yard. We were about 9 of us and we would regularly haunt those guys and at times play games with their souls too.. how? Hide & seek of course. Weird but nice we called it, grotesque and stupid they found it.. who? the elders of course.. we were admonished threatened and everything else in tow.. but somehow we found it peaceful there. I talked to a 6 yr old once, lying there for ages.. wondered if he was ever bored and wanted to kind of pop out and join us.. now that would be something.
My fondest memories are of a spring day, about 4 in the evening. It was still light, there was a strange calm along with the wind that bl owed on. Am talking of days pre'Titanic'.. :) ( lest u think i copied!) I stretched my arms & took in that absolutely fresh air.. oh! it was almost orgasmic in perfection. No wonder I never get over it, not till today probably never..
Most Digboities will tell you stories of snakes in the toilets, leopards in the backyard & Elephants in the foreground.. but hey nothing prepares u for the one big mother of all picnics that Digboi turns out to be. With Swimming galas & flower shows, silks & chiffon's & parties & then some parties & more! In Digboi there are no end to the parties & they don't make them as boring as anywhere.. swear!
The animals of course are a different category altogether & u have such variety of flora & fauna. While there were the loveliest of birds from the smallest & teenie winnie blotch in red to a sparkling sunshine yellow..never got their names & don't see the necessity now either.. twas & always will be a pleasant whiff & a blurr come to sniff my Bougainvilleas in full crimson bloom. And then there were dragon flies, oh! how those little creatures drove us crazy..
My den in times like these and whenever wherever, were the beautiful lustrous branches of two Thusa pines that graced out in the front garden and made for a welcoming twosome. They 've shared with many so many an orange, flights of fancy of EnidBlyton & Tin Tin and then M& B's galore. Their gentle swaying while lulling me to sleep gave me dreams worth a life time, oh what a swish set they were...:)
With the slight snip in the air and chilly October winters, the smell of the shewli on my mind and pujo came rushing in. Pujo was to me as much about the Mother with the ten hands coming home, as Baba was with the Dhak, I with the Kartal Ma at her Mandap, me staring at the carpet of white shewli and the khichuri of the pandal. In the dance and the drama that was Digboi, of the silent hush of the elephant steps in the dead of the night.. of a fairytale childhood, of a paradise.. lost but probably gained in more ways than one, Digboi was never the oil field to us it was the only HOME we knew :)

The eyes are hollow dark and deep 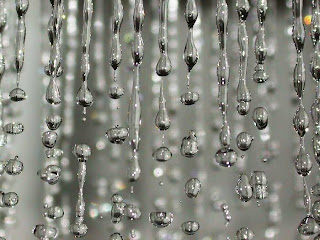 The eyes are hollow dark and deep
And ages to go before they gather sleep..
In serinity and in happiness, what is it about loneliness
pensive thoughts, but some of them..
as they gather and cluster and then drown in rain
Lets beat them.. I think, lets forget it i wink
Whats with you and mortality ever on the brink?
Pensive thoughts again I think...
And then there are times, when the imaginations soar
Like spring clouds above the sun they soar
When steps are a clittery clat and smiles broaden within
When Happiness is in an understanding smile or MommmieMaggieing..
Little dreams do I dream
of mundane thoughts and smiles therin
And then in hopeless clatter they fall
here there and life begins..
All over and all over again
Bu with miles to sleep yet ever again

Ravana and Lucifer- The Indian connection

What is it about world literature that seems to evoke the same feelings of sublimate, history and a sense of timeless appeal? In their intricacy, plot movements and connection with the ancient scriptures, all world literature, transcends to great literature not only in their time but for time immemorial. Interestingly, it is the characters in such masterpieces which remain etched in the minds of the readers especially because they are usually a beautiful confluence of the simple, complex and even intricate. Every culture, religion and civilization has its own nuances which are often reflected in the literature of the times. Some of course reflect thoughts and emotions that stand true for generations to come and are often identified under the precarious proclamation of classics that remain a part of our history gloriously embedded into our present. All this and so much more, to say that literature around the world is often found comparable and indeed similar too in ways more than one.


Any one who is familiar with Hindu mythology and related literature will maintain that the ‘Ramayana’, the tale of Rama is unlike the Mahabharata ( another Hindu literary piece) probably less a tale of intricacies and more a piece on Hindu mythology and its various facets. Ramayana in fact documents the beliefs and traditions propagated by the Hindu sages of yore and present them in an allegorical form woven into the delicacy of the narrative. The interpretation of the philosophical and the devotional characters of Rama, Lakshman, Bharat, Sita, Hanuman not withstanding it is the character of and Ravana , who is incidentally the villain of the piece which is often a contradiction in itself. Delicately handled and oh so well executed the character of Ravana with his ten heads and roaring laugh mesmerizes as it fascinates and somewhere down the line he resonates another great character from literature too!

As in Indian Hindu literature, English literature ( as different from Indian English writings) have a bevy of such beauties steeped in Christian Mythology. Starting at the beginning with ‘Beowulf’, Milton and his ‘Paradise Lost’ are works that immediately come to the mind. The above mentioned names are of course as is easily identified mentioned in the special context again of a certain special character so very identifiable with Ravana from Hindu mythology. Yes you guessed it right we are talking about Lucifer and Ravana! I have always wondered how similar the two are.. though the twain never meet and all that.. In their presentation of course both characters largely differ. Yet one cannot but notice the inherent beauty that both possess.

While Ravana is the angry, rebellious, out to out do everyone (himself included demon with ten hands, he is the ardent Shiv Bhakt too. A man of tremendous virtues, part Brahmin- part Kshatriya, Ravana is huge simply with his potential as a character. The name Ravana (He of the Terrifying Roar) was given to him by Lord Shiva. Similarly, Lucifer who is considered (as per Christian literature and legends) as having been an archangel with powers in heaven is thrown out of heaven when he rebels against God. Milton presented Lucifer as a rebel, though a very interesting one. When Lucifer mouths, "All is not lost; the' unconquerable Will, / and study of revenge, immortal hate, / and courage never to submit or yield... " he is terrific in his indomitable courage as he is supreme in confidence. It is perhaps this beauty of the characters that lend a splendid visage to what has emerged as two massive and intriguing characters in world literature.

Legend has it that Ravana along with his brother, Kumbakarna were actually reincarnations of Jaya and Vijaya, who had served as gatekeepers at the abode of Vishnu. But being cursed they were born in Earth, as enemies to the lord. (which would in turn shorten their chakra of 7 rebirths)

Though Ravana is mostly the face of evil and a representation of the triumph of good over evil, he is not left with that. As is the hall mark of all great literature, the character is developed and reaches its zenith to present an intriguing tale of a person who though eveil is blessed with the best qualities a man can have! A philosopher and a pundit, Ravana was guided by of his father, to acquire the vast knowledge of the scriptures. Interestingly, Ravana has also been accredited with creating the first grammar of Sanskrit language as well as compiling and editing the Krishnayajurved! His scholarly virtues, expert as a Veena player, and stories of how he presided as the chief purohit of the Puja for Ram to start a battle which eventually killed him are the stuff of legends today.

Strangely and in a similar vein, Milton presents Lucifer with utmost sympathy, perhaps unknowingly, as stated in ‘The Marriage of Heaven and Hell’ by Blake who says that Milton was ‘of the Devil's party without knowing it." However Milton’s Lucifer though ruler of hell is not only intelligent and ruthless but utterly charming too! Almost as evidence of this when Lucifer at a later stage enters the Garden of Eden, he is successful in tempting Eve, to eat fruit from the forbidden tree. And of course like Ravana, he is enfant terrible, the master of all he surveys (in this case hell) and the King of the Earth with 90 legions under his command.

Much in the traces of the Shakespearian hero who lands from his mighty position with that oh one flaw! may be Lucifer and Ravana did too yet in their own magnificent ways they soar and how. It is perhaps in this uncharacteristic humaneness of the demons and the love for all things grey, as opposed to black and white that makes literature so fascinating a medium, traces of which can be found in many such parallels drawn across the world and yet to be done!