I am the Sunrise of your Sunset 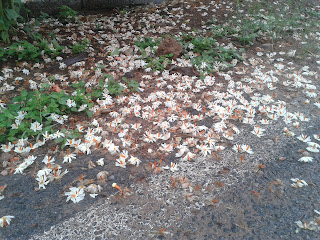 Waiting for you is like an eternity
Of watching the eastern sky glow
With the expectancy of sunrise..
The fragrance of musk lingering in every inch of you..
And then losing out to tears that establish
That hope is like a chair
That you turn towards the sun or away..
© 2012 Maitreyee Bhattacharjee Chowdhury
Posted by Maitreyee Bhattacharjee Chowdhury at 4:53 AM 7 comments:

When you dissolved in chocolate and I gulped you down 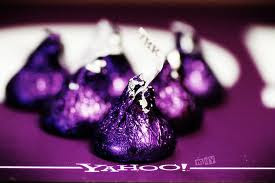 Conversations with a non existent YOU-
"I'm ordering Cappuccino with a dash of nastiness, please be there will you?"
I twirled a laugh and talked to someone who s never there, never smiles..never communicates & yet I feel the presence..as if through the eons of silence, and breathlessness breathing down my neck, with the electricity of a thousand tsunamis..
Don't narrow those eyes in restless edginess filled with inbuilt analyzers..I'm a dreamer..you'll never really catch me ..except perhaps wearing a smile..and while I'm wearing that..I'm still away..just out of your reach?
I see you all day, dissecting millions of things..in that clinical, detached way and then there is that sudden ant crossing the road that you step away for..and I fall in love again..gushing down like a mountain spring..from where I know not.
The warm drink is suddenly cold, you've walked in..there's a dark blazer on another chair..you lift it and it covers you..from head to toe..I'm glad somehow..You are where, nastiness is only a dustbin away..Maybe I'll pour you down the drain?
I wander again..this time I see myself..getting inside my own dream..I'm curled up trying to make place for myself..
There's a cricket match going on and like the magic hatter, you serve tea to everyone around.."Another cup Madame?" and snort at ruby lips...All of a sudden the lady pours her cup on your head..My absurd laugh wakes me up..and I see myself struggling to come out of the blanket of my dreams..
I look at the coffee, I wonder if I can hide you in the cheap tropical waterfall scene, the restaurant wall shows..or dissolve you in the Purple chocolate that I just gulped down?
I've dropped my eyelash in your drink..SOMEHOW..I wonder if I'm fluttering somewhere ..deep inside you
You've left the blazer...I put it on...I'm nasty too.
( Image courtesy Google Images)
Posted by Maitreyee Bhattacharjee Chowdhury at 12:41 AM No comments:

Bhakti..or the lack of it 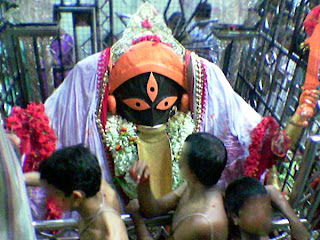 There is usually nothing overtly religious about me, perhaps 'Spiritually curious' is a better description..as such I've always tried to see the Gods or whatever else from my own point of view apart from hearing that of other's too. On a recent trip to Calcutta, I wanted to go to Kalighat( though I've been there before once with my parents) this time I wanted to see the Goddess as I would find her, without anyone describing to me her significance.
Supposedly one of the most sought after pilgrimage sites in Bengal, the roads winding to kalighat lead through the Keoratala burning ghat. It brought a smile to my face, not because Kali is associated with destruction but because as a Devi of hope she draws so many people who pray to her, little realizing that all of it perhaps drowns eventually in the burning ghats..I wondered then if she laughed.
Like in all other Hindu temples, I was asked by the Pandas( a set of priests..for the lack of a better word) in kalighat to enter through the VIP gates by paying up Rs 500..my silent negation left many of them mumbling to themselves. But I wanted to see Bhakti, like the hundreds apparently saw it standing in a Que for an hour.
After surviving an hour in the Calcutta heat, when I finally reached the inner sanctum crowded with people shouting hymns, pushing and jostling each other, I was quite close to the feet of the Goddess. By some instinct I wanted to touch my forehead to the bars, that separate man from God & stand in a second of silence. But no sooner had I touched the bars, the priests shouted out in Bengali, "Don't try to touch the Mother or go close to her. Every one just wants to come & touch the statue, as if they know a lot about worship. Leave the worshiping part to us, the priests".
Something within me broke down that moment, some sudden unknown rage. As quietly as possible in a chaotic place as Kalighat I told the Panda 'Do not to teach me my Bhakti, It is between me and my lord and you are somehow no where there.' I did not glance back & started walking out. Offering rs 500 or 1000 or whatever might grant you an immediate access to God, but it cannot change the regular person's equation of worship or decide whether you are entitled that one moment of silence.
Just as I was about to step out, someone touched my back and called me, 'O didimoni ashun' ( didimoni is sort of girl/woman a commonly used word to address women in Bengali. ) To my surprise, the main priest who had scolded me, was beckoning me. He had stopped the line for 2 minutes and opened the barbed wire fence like structure. While I looked at him, he asked me to touch the feet of the deity and offered a bangle from somewhere near the idol. I did get my moment of silence with the deity, but then I looked at the hundreds of faces looking on, the screams, the sweat, the chants, the jostling..where was Bhakti in all this, I wondered..or maybe there was.
I hurried towards the exit. Something felt very broken and misused as I sat on the steps, with my head low..looking at the numerous hibiscus flowers strewn in torn patterns..I wondered what humans had done to the gods and vice versa..I wondered if I would come back ever.
A police woman asked me if everything was ok..I smiled back vaguely..ya perhaps, who knows.
( Image courtesy http://bestindiatourism4u.blogspot.in/)
Posted by Maitreyee Bhattacharjee Chowdhury at 6:07 AM 3 comments: 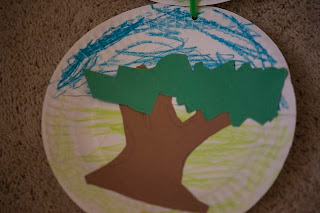 Indian folklore..steeped in music- The story of Roopmati and Baz Bahadur 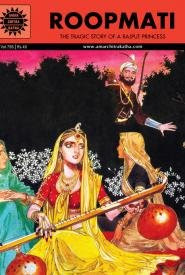 Whenever the world celebrates, music or day s related to music, I am reminded of the confluence of history, folklore and romance, with music in India and how beautifully they meet, here as a tradition. Folklore takes one back to the delightful days when most children in India were addicted to reading the Amar Chitra Katha, a comic book based on Indian folklore and stories. A particular story comes to my mind, that of Baz Bahadur and Roopmati in the princely town of Mandu, India. There are many stories that surround these lovers, some say Roopmati was a shepherdess, some say she was a queen and married when Baz Bahadur(the last sultan of Malwa 1555 to -1562) met her singing beside the Narmada. Certain reports mention that Roopmati was queen of Baz Bahadur, others suggest that since both were married, they stayed separately, with the love of music fueling their mutual desire. Whether Roopmati was a commoner or royalty is perhaps questionable, but what is certain is that she was an incredible beauty with an equally beautiful voice. It is said that Baz Bahadur built a palace for her from where she would sing for him in the evenings. Whether incidental or not the walls in the palace of the Sultan were built in such a way that songs sung could be heard in an echo from far off..a testimony that stands till today. Besides capturing the heart of millions, the love story of Baz Bahadur and Roopmati, their love for music is merged in history.

The story takes an interesting turn with the origin of the Rewa Kund. A great devotee of the river Narmada, Roopmati refused to eat till she saw the river every day. When she started staying at the ‘Rani Roopmati place that’ Baz Bahadur had made for her, sometimes it would be difficult for her to catch a glimpse of the Narmada. Impressed by her devotion, the Godess of Narmada came to her dreams and suggested that she dig a pond at a place close to her palace, which would be the very water of Narmada. When this was done, true to the dream, the waters of Narmada emerged near the palace. The lovers and their love for music is of course immortalized today, with the bards singing of the love between the two.. one can’t but wonder on the occasion of world musical confluence, what Roopmati had sung for Baz Bahadur. Lata Mangeshkar and Mukesh of course have a song that captures this beautiful love story and its essence..replete with the images of the Mandu Fort. 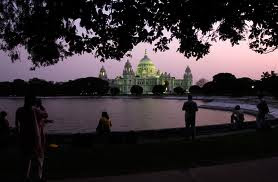 The rains always give romance and a place, an altogether different personality. It was a rain washed afternoon in Kolkata, a few years ago..as it is perhaps today. I was invited to a friend's house, a semi formal get together. I am often prone to wearing white and that day too I chose to wear a white Orgenza Saree. The gathering had people from different walks of life. As everyone walked around the rain drenched slightly damp gardens, I stood in a corner sipping my wine and enjoying the conversation glide around me.
Suddenly I realized someone's hushed footsteps on the soft grass behind me. As I turned, I saw a gentleman leaning against a tree watching me. As I smiled hesitantly at the unknown face, he asked me, "Have you ever seen the Victoria Memorial on a rain washed day?" I shook my head slightly in the negative.
The man looked away then, his eyes hazy. He said, "Every time it rains I try to go and see the Victoria Memorial, it looks like a beautiful woman sitting resplendent in her finest hour, without a care about the world. Soaked in rain from head to toe, she is ethereal and something that only the mind of an artist can touch, because the brush and words fall short...you have shades of her today, you look very Calcutta today".
The man vanished I never got to know his name, but till today whenever it rains in Calcutta, I'm reminded of a wet afternoon, strangers with a sense of romance like the wild winds and the lady in white.
*The highlight of this piece is definitely not me or what I wore..it is an attempt to portray, an elegance that was/is Calcutta. And the romance associated with the rains.
( Image courtesy Google Images)
Posted by Maitreyee Bhattacharjee Chowdhury at 3:46 AM 10 comments: