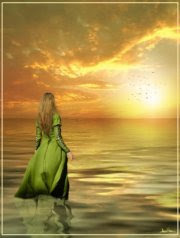 With your smell on it

Kicked aside perhaps with years of misuse

It would smell of centuries of wait

Of the pain in the eyes..so well hidden

Of the sudden tears..

For one knows, not what

The sudden stop on a road..thinking of someone

A shadow of you perhaps…

If you find that silly soul

In some corner..somewhere in life

The words you said …were true

If for a moment at least

She shall die in peace

A letter on the bus 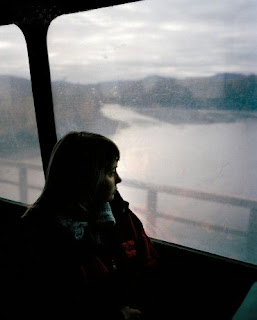 Dear no one,
Like any other day, in any other city, in any other bus..I am sitting on the last seat of A particular bus..going perhaps in a particular direction where I am supposed to go everyday and do whatever I am supposed to do every day. I look outside, there are millions of people, walking, running, staggering as if in their mad rush to reach their destinations. And yet I wonder if they know where they really are headed? I look inside the bus, so many people, I wonder what they are thinking of...there's not a single face where curiosity of the road is mixed with the happiness of living..I blink my eyes, close them for a while shielding myself from the pollution, the harshness of everyday drudgery and wonder at no one in general...'Where am I going?'.. Of course, its an idle question, not that it needs answering. I'm even aware of the fact that I particularly don't want it answered..since in not knowing it, perhaps lies the beauty. I am reminded of a scene from the film 'American Beauty'..There's a scrap of paper dancing in the air..as if with a life of its own.
To be fair to life and everyone in general, I rewind in portions and smile a little mystically, life has perhaps been fairly good. I have seen love, warmth, happiness, comfort, all in more or less good measures. . and yet there is this huge emptiness, as I question myself again and again..where does the road lead to..There are contradictions to almost everything..in the chaos of the everyday, I want alone-ness, in the alone-ness of everyday I want comfort, to someone perhaps warm..someone who does not cling..and yet someone who leaves me to my own, and yet someone to whom I can reach out..without having to call....
There's a handle near the seat, where I am seated. It looks polished and gleaming from millions of touches perhaps and yet it is bare of the paint that once made it beautiful. It is today, like how it will be tomorrow and many many years later too...Human minds are perhaps similar in that the more things change, nothing changes at all...and yet all of us change so much in those little bits and parts of the everyday that slowly we fail to realize what is it that we are looking for, what is it that we want to look like.
People change, and yet they don't, ideas change and yet they don't..perhaps change itself changes and perhaps not. I shall get down from the bus at a destined point and do what I am supposed to do. I shall perhaps be happy in what I do too, and feel good at the end of the day at having achieved something that I set about to do. And yet that dull ache of emptiness, in the eyes and in the soul shall remain. I shall come back to this bus or perhaps another and see similar handles, that shine..the journey shall remain..it is only change that shall change perhaps?
I blink my eyes, something very green appears as if from some far away dream land. It is a green tree...some flowers, red, blue, pink suddenly pop up as if from nowhere..as if springing from hope....& magic..There's a small smile that lingers...as I realize, it is only HOPE that never changes..everything else does.
Regards
The confused Soul
( Image courtesy Google)
Posted by Maitreyee Bhattacharjee Chowdhury at 3:25 AM 8 comments:

Dung beneath my feet 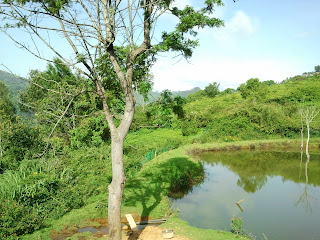 I smelt of dung beneath my feet,

Fresh and full of Bacteria..

I wondered if they would ask me to come back,

Having found me after centuries of waiting..

But then the Bulbul that sat on the fat rock,

It said 'we shall be lovers..

In our stillness, in our wait...

And when you come again..we shall embrace...

The turtle in the fish pond nodded in brevity

Posted by Maitreyee Bhattacharjee Chowdhury at 9:58 AM 18 comments: 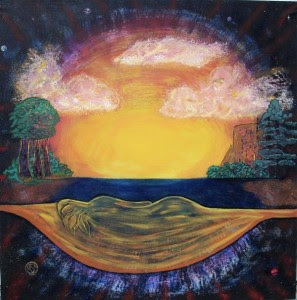 " I have slept long not knowing....what might have been"....when I heard this I wondered....why would sleeping be akin to not knowing? Why can't one assume that we know more of that which we couldn't otherwise when we are asleep....That sleep takes us to those corners both safe and unsafe that seem in real life too stupid a place to be or to uneasy a circumstance for practicality.....And yes there are times when waking up from dreams is unpleasant because there is sometimes so much of comfort in not knowing..the could have beens..the might have been s the drudgery of everyday familiarity, the drudgery of crushing your dreams into the uncomfortable world of practicality, where everything is black OR white and nothing has the muted shades of grey. I would have slept on and on... knowing that waking would take me away from the comfort of your arms. Dreams are where one is safely ensconced into the arms of love without the fear of being taken away by that which needs to be done..by that which needs to be said, to be polite, to be stupid enough to see life changing so much that you don't know if you exist anymore ..I shall perhaps thus sleep on and never want to wake up...As for what might have been? who cares, who knows..who wants to know..when the present of dreams is so exotic..So sleep on I shall perhaps..safe in the knowledge that the you in my dreams is a far cry from that which I could perchance in the realms of everyday..... unstable
( Image courtesy Google)
Posted by Maitreyee Bhattacharjee Chowdhury at 9:25 PM 12 comments:

When 'Dignity' walked along 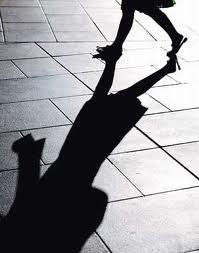 I walked the streets in quiet

People one the road stopped me

‘Who is this alien creature, they asked’

I gave them a mirror..find her I said

And if you can’t find her there

Tucked deep inside and in hibernation

Shall you find this creature..so lovely

Posted by Maitreyee Bhattacharjee Chowdhury at 1:53 AM 2 comments:

A tale of a Safety Pin