A song and a poem for the land of Tagore


If you are in Bengal, you can't miss Rabindranath. A poet is perhaps not measured by the monuments he inspires, unlike kings but in the words and songs( as in this case) that people sing long after he is no more. Curious to see how he has been treated post his passing away, I made a trip to Shantiniketan once. Kolkata to Shantiniketan is an estimated journey of about two and half hours by road or by train. Getting down at  Bolpur( The closest Railway station to Shantiniketan) one almost expects to see things from the perspective of the young Rabindranath as he accompanied his father here or even more interestingly the way  Debendranath Tagore, would have seen it first.

It is said that Debendranath Tagore was visiting a friend, soon after the birth of Rabindranath. the friend's estate was situated about a hundred miles, west of Calcutta. While travelling in a palanquin from Bolpur, Debendranath stopped for his evening spell of meditation in an open plain. Rural Bengal is usually full of lush green vegetation and such open plains bereft of vegetation was surprising. As he closed his eyes in meditation, he felt a great sense of peace, with the setting suns and the silence merging into one. It was then and there that Debendranath decided to buy the piece of land, which later saw the house and laying of a beautiful garden, and was named Shantiniketan or the abode of peace.

Of course there is none of the silence that greets you, except if you choose to cycle around Shantiniketan in the afternoons of lazy serenity when the town is mostly asleep and the red earth greets you in perfect poetry. Such is Tagore's influence and power of his words that you expect singers walking around roads and pretty girls walking around dancing in yellow sarees, with flowers in their hair. If not for women in yellow sarees you would be lucky if you catch glimpses of Bauls wandering in the land. Unlike the severe distinction made in the songs of Bauls and that of Rabindra Sangeet many a times, Rabindranath had many connections with the Bauls who frequented this land when he lived in Shantiniketan. Nabani Khepa, Panchanan das and Lalan Fakir were names with whom Tagore had a close connection. A part of his songs called the 'Baul Anga' form much of his poetry. Tagore even published some of Lalan Fakir's songs post his death in a monthly review in Calcutta and spoke of his influences. 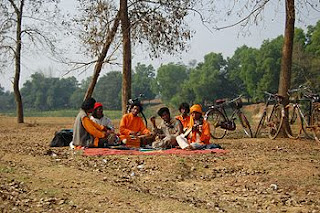 As I wandered about the premises of Shantiniketan, a feeling of immense sadness overtook me. Dilapidated buildings, spread around in utter callousness as if, without care and love, left as if to the winds and dust that covers everything eventually. There is of course the mandatory hostorical evidences, the books, the figurines the basic essence of what the grand man of Bengali literature probably did during his time there, amidst other things and yet one comes back without feeling the music of poetry, that is so part of the essence of Rabindranath. The dead poet seemed somehow more dead here, in spite of probably what goes into keeping his memory alive. The ordinariness that touches the greatest of greats in death, obvious here. Sad, specially when in defense even poetry seems bereft in the land where once Debendranath had imagined the evening skies kissing the spare land..poetry in every visage.

At night, my trip was rescued by a sudden song and to my delight I discovered a Baul, whirl around in his Alkhalla( The dress of the Bauls), Ghunguroo in his single feet sing-

In the throes of his song scented by a stray fragrance of Jasmine I am reminded of Allen Ginsberg's poem 'After Lalon' post his visit from India and meeting with Lalon fakir, where he says ' Don't follow my path to extinction'..I wonder if the bearded gentle bard would approve and smile a song

'The shoes she wore at night'

She had finished the chores for the day. The chapel down the street had a bell that would strike an eerie ten every night..a time when everyone was supposed to sleep. She had never been a good Christian, never attempted to be one either. As she slipped into the bed that night, her hands stroked the beautiful silk of indifference from the covers. It seemed that they never cared who slipped in between them, the shoes..there was a different story there!

She silently moved her toes up and down, relishing the luxurious feel of blood surging from them to her. She had painted the toe nails pink and even though hidden between the covers, she could imagine their shine. She smiled then and wondered what shoes she would wear tonight..She wanted to wear something that complemented the shine. 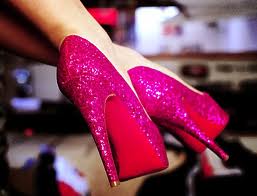 As she saw herself settle down slowly into sleep, go over and over it like a dog curling in and finding just the right place, she swirled into a haze and saw herself slipping out and look at the haze from far off. Like a snake drawing off its skin and watching it letting go of all the dreams one had imagined. Her dreams were co-loured always.

Today as she wore the shoes that she wore every night, she glanced at her toes and smiled..smiles that only dreamers can see and feel. There was lots of Green and a field full of dragon flies, in a colour that was strangely neither Blue nor Green..they came in different varieties and yet their buzz was always happy. What does a blind woman see that those with eyes don't, she wondered as she looked at herself, hovering around the mass of dreams..lots of colour in hope perhaps? There was no scope for monochrome in this world..the buzz a drone from far off, the only one that life had shown..no other sound was as beautiful.

The buzz ended, and so did the colour, she slipped into herself and her silence, into another morning and darkness...truly, the night is where colour resides?

A tradition of 14 lights


Unlike most North Indians, Deepawali in Bengal is more associated with Kali Pujo. While in the north of India Godess Lashmi is worshiped, in Bengal it is time to worship Kali, another form of Durga. Like in most parts of India and its different intricacies, there are certain beautiful traditions that are followed today, the day just before Diwali.

The tradition I am talking about is a somewhat forgotten one in most households, other than some parts and some homes like mine, where it has been a ritual since childhood. Religious rituals are often meaningless to me, but some rituals and traditions do have deeper meanings than the obvious.

In many households in Bengal( & perhaps elsewhere, in different ways), people will observe a ritual known as 'Choddo Bati', which literally translates to 14 lights. This ritual is observed to show respect and homage to 14 previous generations of your ancestors, who are otherwise hardly ever remembered. 14 diyas( oil lights) are traditionally floated in the water and a small prayer offered by all family members towards the evening. The day also sees many Bengalis having a Vegetarian diet, which is actually followed by eating of something called 'Choddo Shag', which is basically having 14 varieties of leafy vegetables of every kind. Till today in many parts of Kolkata, you will see 'Choddo Shag' sold, where a bundle is made by the shopkeeper including 14 varieties of leaves to be eaten on this day. 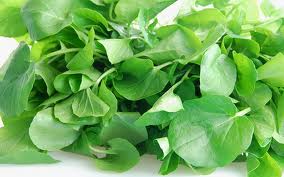 Somehow, remembering one's ancestors with this simple ritual makes a lot of sense to me.

Posted by Maitreyee Bhattacharjee Chowdhury at 2:22 AM 8 comments:

'Only the soul knows how to Sing'


When I had gone to Benaras a few months ago..I had gone in a search..not knowing what I was searching and no knowledge of whether I would find it or not. I came back with the knowledge that

As I roamed the streets of Kalighat one day I realized that the prostitutes, who were capable of abandoning themselves for sexual pleasure, were perhaps somewhere close to self realization. A lady police I talked to, smiled at me and said that these were often the women who saved the decent institution of marriage, which would have collapsed had these women not taken in the excess baggage of desire that run through the annals of society. I wondered then if the Kalighat Potua paintings had been modeled on any of these women. 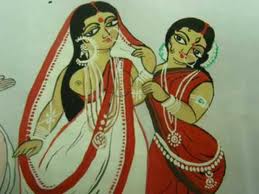 I am reminded of lines from, 'Only the soul knows how to Sing' by Kamala Das

'Love is not important, that makes the blood carouse, nor the man who brands you with his lust, but is shed as slough at the end of each embrace. Only that matters which forms as toadstool under lightning and rain, the soft stir in the womb, the foetus growing, for,..only the treasures matter, that were washed ashore, not the long blue tides that washed them in.'

I went out for a walk, late in the evening yesterday. I've always loved walking in the drizzle, without an umbrella, feeling the light rain on my nose. As I walked, I sensed someone walking close on my heels. I am a moderately fast walker and increased my pace, so that I could walk ahead of the person and in silence of ghost like thoughts. The steps however also hastened. I glanced sideways to see a s
lightly elderly gentleman walk beside me. We exchanged a hesitant smile and walked along silently.


We walked for about 5 minutes in silence before, each of us started talking about aimless, things..things that might not have any meaning in any context..but a conversation nevertheless. He told me about, how he liked walking every evening, counting the trees, talking to some street dogs, sitting in small coffee joints, watching children play. I told him about how I talked to the questions in my head, hummed songs, wrote poems on my phone, imagined what the dogs talked amongst themselves and made their dialogues, played football with pebbles, etc. In the end, we stopped for coffee at a quaint shop, had our coffee s in silence and vanished into our own silences.
Sometimes conversations on the road can be far more enriching than those in a coffee shop or in manicured restaurants, where conversation is perhaps somewhat pre-decided..on the roads, the conversation finds you and meanders on its own.

Posted by Maitreyee Bhattacharjee Chowdhury at 3:33 AM 4 comments: