Of Dragon Flies and Glow Worms 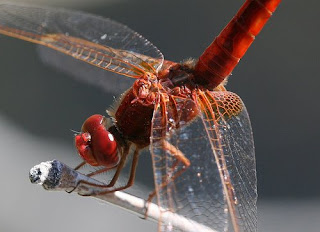 Smriti, an unusual name and eyes that reminded you of dreams yet to be dreamt. The day she crossed my threshold with wonder and amazement written in her eyes I envisaged my childhood, come back to me. Her mother Lalitabai was my house- maid, turned ‘neighbor’s envy owners pride’. Housed in the suburbs of the city a house- maid was a priceless item and I hung on to her like one. She hummed, she swept, she moaned, she brushed all with perennial sing- song of a yearly raise.
Always the first to abide by our odd requests, Smriti, the one with quiet lifestyle, quiet walk and almost every other thing quiet…walked into our lives need I say quietly, but surely. She became a part of our furniture and the walls, almost matching & mingling in a shade of her own with that of the pastels. One could witness in her the urge to ask, to know of the very mundane that encompassed her wonder. With deft fingers she oiled my hair, carried about glasses of water or in her shrilly singsong voice rendered me a song. All for the simple pleasure of learning ‘Angrezi’, English as we, the lesser of the dreamers call it. She was quick to learn and it was a joy to see her eyes light up on seeing some crayons. Red, blue, green she had used up all of them to color the alphabets as much as she colored up our household. Her curiosity and amazement in the mundane things of life - a refrigerator, the merry ring of the phone all reminded me of an age gone by………..that of my own childhood when life was a beautiful wonder, when running after dragon flies was the aim of life and where the presence of a glow worm was enough to transform one into the world of fairies. As Smriti and time rolled into one another, she began to unfurl slowly but steadfastly to the world that I had thought I would introduce her to indeed I took it to be my right that she would learn the ropes from me. She was me after all, being with her, feeling for her, teaching her and perhaps living up my childhood dreams through her had made me possessive- she was rightfully mine…..well that’s what I thought or guessed maybe. Into my 25th year of marriage with not a child to boast of, I was beginning to dream of rosy evenings spending teaching her to sing or for that matter just being a part of my fantasies that no one but her would understand.
It was Durga Puja, the Goddess with the ten hands had come forth to bless us; it was going to be a night of revelry from the likes of it, loudspeakers blasted songs meant to incite the reveler within one; when all at once I glanced at my little one….the one of dreams, I called her my little one (she was my childhood incarnate, you see). Dressed in a pink Salwar Kameez, she was smiling and talking to someone down below in the street, that smile caught my eyes it was innocent all right but there was something else too, a pain shot through me, I couldn't’t understand what was happening to her. As if nothing had happened I walked up to the balcony with her, there was a boy, a young boy smiling at her and calling her downstairs. Smriti was her shiest best, I could see she wanted to go but was simply waiting for me to say so, ‘Go’ I said releasing her from my bondage, because I could see she was aware now of a world that beckoned of other things to her, of love, of satisfaction, I could see it all written in those eyes blended in vain with the remnants of the innocence that were. I couldn't fathom why I felt so let down, so fragile as if the child within me had stopped playing. My eyes were misty, as I wished the Goddess back at her home, as if that would alter things. Things run the way they ought to, it was wrong to expect the woman within the child to behave as one…..child I mean.
It was maybe the tiny hope that some women grow up enough to let the child within them still play, which had visions of some women who still do dream dreams that whisper of dragon flies and glow worms by the night to bring them back the land of the fairies.
Posted by Maitreyee Bhattacharjee Chowdhury at 11:02 AM No comments: