Some interesting content from the old world of music! 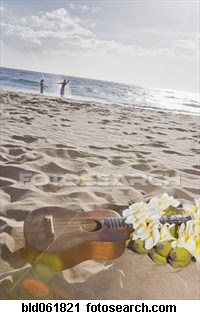 The ukulele has been classified as a plucked lute; it belongs to the guitar family of instruments, and has generally been seen with four strings. Most people know the ukulele as an instrument used by musicians from Hawai. The most amusing as well as fascinating story about the origin of the ukuleles is about the now founder of the instrument, Joao Fernandes, who was so happy to land on the shores of Hawai that he started playing his native folk songs on this instrument. The impressed Hawains promptly named the instrument as ‘ukulele’, which when translated into English is,’ the jumping flea’. The name was given as a result of the fast movements of the fingers. Several tongues and pronunciations later the instrument has finally found home as a sweet sounding musical instrument, relatively easy to play and handy in size.
Ukuleles, are made from a fine local wood in Hawai, known for its fine tone and attractive color, it is called the ‘Koa’. A well made ukulele may be pretty highly priced running into thousands of dollars. The instrument has also been variously modified in th ehands of different musicains not only in the style of playing but also structurally. The original size called as Soprano and is about 21” in length. Another type is the Concert ukulele, which has a 15" scale length. The Tenor which has come into bieng since the 1920’s, has a 17" scale length and is about 26" in total length. The Baritone is a type which was created much later, around the 1940’s, it happens to be the biggest of all the sizes.
A most loved instrument in the Hawai islands, it is synonymous with its happy go lucky culture. There are many who have been fascinated by its lilting music and taken to playing it. Light in weight and easy to carry around, the ukulele has traveled far and wide. Interestingly this is an instrument played more for the love of music rather than bieng an impressive fashion quotient. Masteros like, Bill Tapia, Lyle Ritz and Jim Beloff have spread the knowledge and sweetness of this instrument around the world, helping in its growth and popularization.


The popularity of this instrument is due to its versatility. There have been musicians who have played all kinds of music on it, including, jazz, rock, country, folk, classical actually almost the entire range you can think of can be played on the Ukulele. Moreover it is an instrument that is accessible to most people. It is easy to play and almost anyone can learn to play it. There are players who are doing great things on the ukulele and expanding the horizon of this small instrument.
Posted by Maitreyee Bhattacharjee Chowdhury at 11:52 PM No comments:

When you and I are young no more
Will you be by my side?
To share some pensive hours hereby?
Will you be there to hold me tight?
To tell me that you and I
And have grown together side by side.
Will you there to watch me sleep
To nestle me in your arms
While the world moves
At its own pace -----
Human minds do drift apart
But tell me you’ll be there
When the children need us no more
When the world is but a passing fantasy
To watch as it glides by
Tell you’ll be by my side
As the burning embers glow
To remember things sweet and good
That have become cherished memories of yesteryears

Tell me love you’ll be there, by me
To watch the sunset in the western sky
To see the dying glow fade
And merge us into things ---
‘Past and Present’

Just tell me you’ll be there
To reassure my searching glances
That you are real and by my side,
For today and Forever. 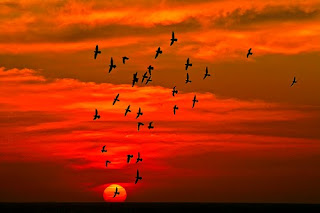 There have been times and moments when,
The urge to put every thing aside comes aloft my mind.
To be as free as the bird that sings,
It’s, swan- song from the skies above.

To move with total abandon, not to think,
No more secrets not even from one self.
To be as light as the wind,
To be like the soaring imaginations--------

Just to smile as I walk by
And count God’s blessings that,
I am free and free and alive.

To dance a jig on the crowded streets
That I am one of this huge congregation of humanity.
Big dreams do people dream,
But I have the urge,
For some such mundane pleasures,
That would fill my life, with joy unbound.